A MOTHER who took her teenage daughters out of school to live in Spain for three months argues why this is a benefit to a child’s life, not a ‘safety risk’ or being an irresponsible parent. In fact, in response at the time to being called ‘pushy’ by another parent, Jo MacGregor, of St Albans, said the whole experience had offered her daughters a safe adventure, improved their confidence and independence, as well as enabling them to take and pass with A*s in their GCSEs.

She said: “I heard about this exchange programme whereby school students went to live with families based in France, Spain and Germany then hosted back and ran the idea by my daughters. They thought it sounded really exciting and were keen to give it a try. After researching the company thoroughly we thought the benefits totally outweighed the fact that they would be living abroad for a few months.

“Their school was also totally supportive as they would be going to school full time while they were there.

“It is also totally different to a school exchange as the families are carefully matched in a very thorough vetting process as the aim is that lifelong friendships will be struck.”

But not every parent had that opinion. Jo explained: 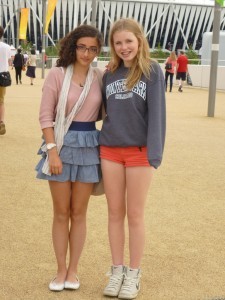 “I was called pushy and irresponsible by other parents and the general feeling was ‘nice idea but not for us’. Of course it pushes you slightly out of your comfort zone, but whether your child wants to study languages or not (mine are more scientists) the experience is unique and truly inspirational for all the family.”

When they returned, Jo’s older daughter Abby caught up quickly at school and passed both French and Spanish with A*s and younger sister Louise hopes to do likewise.

“It wasn’t just the language skills which benefited them, they were immersed in and learnt about a whole new culture, became more independent and experienced many new things. It was for them I would say a life changing experience and they want to do more of what some parents would call ‘scary’ things like this in the future. I will never regret the choice we made,” Jo went on.

She is now the UK rep for the programme called Adolesco, which places school students aged 11-17 with families in France, Spain and Germany from three week to three months, giving families more flexibility and enabling them to go in school holidays if they so wish.

A recent survey of headteachers carried out by YouGov for the British Council has revealed that only 39% of the country’s secondary schools take part in foreign exchange trips which involve a stay with a host family. State schools are half as likely as private schools to offer such schemes.

The survey also revealed that one in four of the schools where there are no exchanges, heads have organised them in the past.

There is probably no surprise then that the drop in exchange trips has also coincided with a period where fewer and fewer pupils have been opting to study languages for GCSEs and A-levels.

Last year a report from the National Foundation for Educational Research revealed that students in England reached the lowest level of language competence in foreign languages out of 14 European countries surveyed.

On top of that, of those students still going on to study languages at university, almost two-thirds said they had first been inspired to take them up by an international exchange.

And MPs have also warned that the drop in language skills could result in the UK economy suffering and young Britons being unable to compete for international jobs.

An All Party Parliamentary Group report has since called for a “national recovery programme” aimed at boosting the number of people with a second language.

In February the Economist also ran an article warning of the consequences if the trend continued.

Jo concluded: “I genuinely think, given all the evidence, the lack of opportunities for UK students to live and study abroad at a younger age is a real talking point in terms of their education and future prospects. 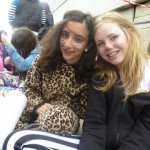 I don’t think we should still be relying on the fact that English is the Global language anymore, especially if it’s going to be to their detriment and our economy’s.”

Students’ language skills in the UK are faltering – but how far would you as a parent go to enhance your child’s cultural experience and enable them to learn a new language quickly and easily?

This entry was posted in Blog. Bookmark the permalink.