“Two roads diverged in a wood. I took the one less travelled and that has made all the difference” – Robert Frost

Posted on 23rd June 2015 by lauraberrill 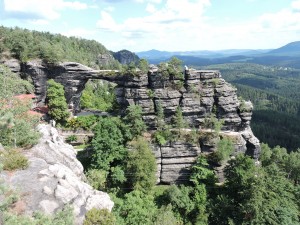 “I’m a completely different person when I’m in Eden”

Just 20 years ago the mysteries of the Czech Republic lay behind the iron curtain and today, although many UK tourists have visited Prague, the hidden gems of the wider region remain largely undiscovered.

One part of the Czech Republic has been revealed as just this by businessman, Andrew Philips from St Albans, who found the location rather by accident following a business meeting.

“In the early noughties everyone was pushing holiday homes in the sun, particularly places like Spain and France and at the same time Eastern Europe was just starting to open up.

“We wanted to invest in a holiday home but at the same time didn’t want to be part of the ‘Costa Crowd’.

At the time Andrew was doing business with a Czech client and while at a meeting in Cardiff he mentioned he wanted to invest in a property in Eastern Europe. The client suggested a region in the north east of the Czech Republic toward the Polish and German borders called called ‘Cesky Raj’ – pronounced Chesky Rye – otherwise known as the Czech Eden or Bohemian Paradise. 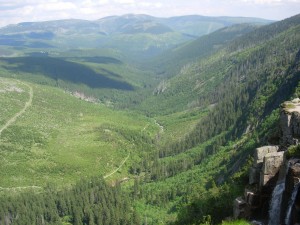 Having only ever been to Prague, Andrew, who grew up in Cape Town, went over for a look at the area.

“Having grown up in an environment with cliffs and forests I felt an immediate connection to the area and fell in love with the surroundings. It is so peaceful and unspoilt and there’s also the historical interest. Only 25 years ago you couldn’t be there as a westerner and it still has the sense of communist era to this day,” he said.

He and his wife pulled it apart to renovate and update it but then the recession hit.

“It was a white elephant for a few years but I think of it now as a Phoenix out of the flames and we’d very much like to bring the potential of visiting this area to the attention of more people in the UK,” he added.

The Czech Eden is a year round destination with each season offering a different set of attractions for all ages.

Spring and Autumn are best for forest walks, mountain hikes and road and mountain biking. During the summer there are several safe lakes to swim in or kayak and canoe on the rivers. The region also boasts a variety of castles and other historic houses – some of which have provided settings for film locations.

For the more adventurous the rock formations are perfect for climbing and abseiling and during the winter there are opportunities for both skiing and toboganning.

At Christmas, the markets of Prague and Dresden are perfect for day trips.

There are local English-speaking tour guides available if visitors would like to be shown around the area with tailored outings according to the size and ages of the groups.

When it comes to food, there are supermarkets but to break from the usual food, fresh authentic Czech cuisine can be bought locally, as well as internationally renowned local beers.

All of this can be enjoyed from the peac 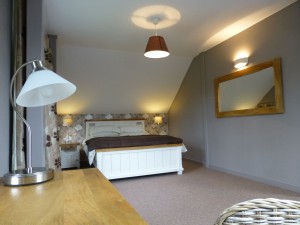 e of the renovated country house which is set in a three and a half acre meadow and sleeps eight in four bedrooms.

There are two identical spacious main suites with en suite bathroom and walk in shower, perfect for sharing for two families or for an extended family holiday. In addition there are two twin rooms with a large family bathroom.

The lounge has a brick vaulted ceiling which keeps the room warm in the winter and cool in the summer and is fitted with a wood burning stove.

It’s the kitchen which is at the heart of the home, with a large dining table, double oven, hob, microwave and dishwasher. There is also a traditional wood stove.

For more about Peace of Eden go to:

This entry was posted in Czech Eden. Bookmark the permalink.